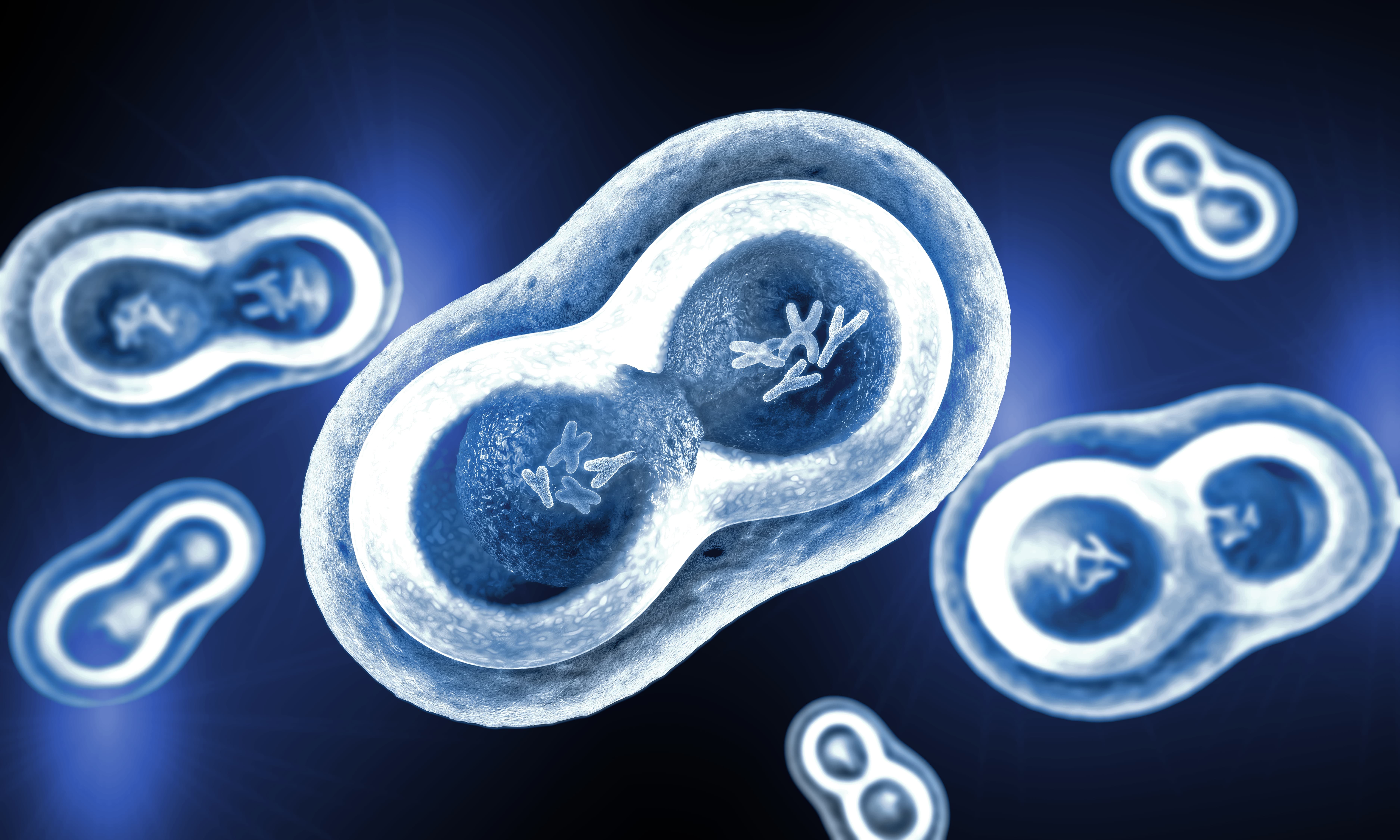 The Art of Healing

Our bodies are remarkable regenerative machines. They have to be; our cells are constantly dying. To make up for those lost cells, living cells undergo a process called mitosis, in which a single somatic cell divides into two identical clones. Those two identical clones can divide into four, and so on. This cyclical process of death and division is so common within our body that some postulate the entire human body, measured in terms of total cells, is replaced every 7 years!

This process, though not perfect, is an excellent solution for life’s greatest enemy: time. But humans are exposed to far more immediate risks than age, such as trauma, disease, toxins, and more. These intrusive factors can disrupt the natural cycles of regeneration, or more urgently, threaten systems responsible for supporting normal, healthy human life. Thankfully, our body also has mechanisms to deal with these forms of injury or disease, though the process is markedly different from the natural aging cycle.

In this chapter, we focus entirely on the sequential phases of healing used to repair damaged or diseased tissue. The process is incredible and provides insight to our vast capabilities for self-regeneration. It also reveals where and how the process can go wrong, culminating in imperfect, or frustratingly devoid, regenerative capabilities. In understanding the natural healing process, both good and bad, we hope you will come away with a better understanding of your body, and the potential role for Regenerative Medicine.

The first and immediate response of the human body is to prevent blood loss. Bloodvessels constrict at the site of injury, platelets coalesce into an injury-specific plug, and surrounding blood reinforces the effort by coagulating into a denser fibrin clot.

(By the way, have you ever instinctively put your mouth over a small cut? Many animals have this instinct and with good reason. Saliva contains large amounts of tissue factor, which is associated with a dramatic increase in blood clotting.[1] Platelets do more than simply clot, however. They also undergo “degranulation”, in which they secrete a wide variety of growth factors and chemokines, which are instrumental in the newly needed healing response.[2]

For more information on the manifold roles of platelets, you may wish to read our section on Platelet Enriched Plasma “PRP”.

Once the blood follow has been staunched, the body begins the true healing process. However, at first glance, this phase doesn’t appear regenerative at all. Cells and platelets release various chemicals to attract leukocytes, or white blood cells, to the site of injury. The first responders are called neutrophils and comprise roughly half of the total leukocytes within our bodies.[3] These inflammatory cells act as cleaners, removing the clot, necrotic tissues and pathogens through a process called phagocytosis. The cells engulf and digest the offending components, simultaneously releasing highly reactive oxygen species “ROS” to kill any remaining infection or disease.[4]

The effects of this debridement process can be harsh, often resulting in swelling, redness, and soreness, though it does play an integral role. Infections and foreign pathogens are far more significant threats to the human body than delayed healing. As such, our bodies have evolved to make sure such risks are neutralized before switching into more regenerative processes.

As the inflammation progresses, it shifts priorities from “cleaning” to “repairing”. With sufficient tools, one could measure this change by detecting the relative decrease in neutrophils - nearly gone by day six - to other, more reparative cell populations.[5] Macrophages peak by day three, and are known to secrete chemicals that recruit mesenchymal “adult” stem cells to the site of injury.[6]

Many of you reading this may be suffering from chronic inflammation. Here lies the important caveat; persistent inflammation has failed to traverse the natural healing path. You might imagine it “stuck” in the recruitment of neutrophils, which continually seek out pathogens, necrotic tissues or other foreign bodies though none might still exist. Unnatural longevity of this phase can cause damage to surrounding tissues, and more importantly, prevents the subsequent recruitment of cells associated with healing.

This revelation teaches us an important lesson in regard to healing. The goal is not simply to eliminate or suppress inflammation. While such immunosuppressants may alleviate immediate symptoms, they will simultaneously prevent the recruitment of cells associated with the healing response. Instead, modern therapies attempt to modulate the inflammatory response, altering the signaling patterns to reset the natural healing trajectory.

Our own healthy cells, thanks to millions of years of testing, can be expert immuno-modulators.

At the start of this phase, the site of injury has been cleaned, naturally disinfected, and populated with cells promoting regeneration. It’s the perfect microenvironment for healing.

As the hungry neutrophils subside, the local cells (whether they be chondrocartilage, myo-muscle, osteo-bone, and of course many more) migrate to the site of injury. The injury and resultant cleaning process have likely left some gaps in tissue, so the cells fill the holes with a substance called the Extracellular Matrix “ECM”. The ECM is largely comprised of collagen – yes, the same stuff people inject into their lips - and is a relatively disorganized tissue structure.[7] It’s more commonly known as scar tissue, and though it’s excellent at filling the gap, it lacks the density and organization of the original tissue structure.[8]

Meanwhile, supporting cells have commenced angiogenesis, a fundamental healing process by which new blood vessels are created. The blood vessels provide rich nutrients to the newly expanding ECM, and help clean any unnecessary construction waste.[9] With the new architecture in place and the rich blood flow present, local cells begin to proliferate across the ECM.

However, certain structures are susceptible to reduced blood flow, poorer distribution of resident cells, or both. This can be common in joints, where blood flow can be restricted, or large wounds, in which resident cells have longer distances to migrate. The net result is a stagnated proliferation process, in which the ECM has successfully closed the gap, but lacks the resident cells to begin remodeling the structure into the natural tissue architecture. This resultant scar tissue is unsightly if external, and lacks the flexibility and strength inherent in the native tissue.

Much like in the inflammatory phase, modern medicine focuses on resetting the natural healing process, allowing the native cells to proliferate and catapulting us into Phase III.

In the final phase of healing, this process can take weeks to months. Here we introduce you to Matrix Metalloproteinases “MMPs”, which are principally responsible for removing the “quick and ready” scar tissue, and replacing with denser, more organized tissue fibers. These fiber structures are more closely associated with the native tissue, and will restore may, if not all, of the aesthetic and functional qualities of the original tissue lost. Long after the healing process is over, MMPs will continue to regulate the natural balance between tissue removal and replacement post-healing.

Cells eventually slow down their ECM production, and with no work left on their plates, undergo apoptosis - a self-inflicted and natural death.[10] The numerous blood vessels which fed the ECM growth now dissolve, and make way for much more substantive vascular pipelines.[11] Remaining immune cells, cell debris and other components are either eaten (phagocytosis) or left to migrate away.

The remaining tissue environment has reached homeostasis, and reflects the original, native structure in appearance, strength and cell populations.

Barriers to Natural Healing, and the Potential Role of Regenerative Medicine

If the above process worked each time, we would have little need for much of modern day medicine. The fact is, it doesn’t always work, and the resulting sideeffects of negligent regenerative processes can cause tremendous impact to patient health and happiness. In this section, we explore where the healing process can fail us, why it does, and what modern medicine may be able to do about it.

The larger the wound or injury, the more the body concerns itself with survival, rather than regeneration. Take a large skin wound as an example; it is a race against time to get the wound closed and to prevent outside, and potentially lethal, infection. In this way, our body is remarkably fast in instigating the Inflammatory and Proliferatory responses. However, the sheer size of the wound, culminating in poor blood flow, poor structural support and long distances for cell signaling, often results in persistent scar tissue, and a failure to engage in that final remodeling phase.

Patients suffering from certain diseases, such as diabetes, or those in advanced ages, or even those with certain pre-dispositions, may suffer from lack of blood flow to certain areas. Vulnerable areas are often defined as being far from the heart and bearing much of the patient’s weight. Consider ulcers in diabetic patients, and avascular (lack of blood) necrosis (death) of the hip joint as two such examples. Without proper blood flow these tissues are not able to maintain their homeostasis of tissue degradation and replacement. As the degradation outpaces replacement, the lack of blood flow further prevents the circulation of necessary stem cells and immune cells to instigate the natural healing response.

Poor blood flow presents itself in healthy patients as well. Certain tissues, such as tendons, cartilage and ligaments are naturally avascular. Such tissues will degrade over time, and if injured, will face significant barriers to the natural healing process.

When the initial inflammatory phase persists for longer than its natural cycle, it prevents the healing process from proceeding, and causes damage to the surrounding tissues. Neutrophils that linger will continue to produce enzymes responsible for dissolving the surrounding tissue matrices. Their highly reactive byproduct of phagocytosis, ROS, can further damage the surrounding cells.[12] This process is natural, to an extent, and in chronic cases, the environment lacks the signals to properly resolve their inflammatory states. Modern medicine hopes to re-establish such equilibriums, and convert chronic inflammatory states to their normal sequence.

There is still much to be learned in this exciting field of medicine, but we hope this section has provided a greater understanding of your body’s natural healing cycles. It is the goal of REGAIN, and indeed all of Regenerative Medicine, not to replace any of these critical healing processes, but rather to modulate those phases, and the important transitions within, only and if they go wrong.

What Is Regenerative Medicine

The concept of regenerative medicine is at the heart of many of today's most important healthcare trends ...

The Art of Healing

Our bodies are remarkable regenerative machines. They have to be; our cells are constantly dying ...